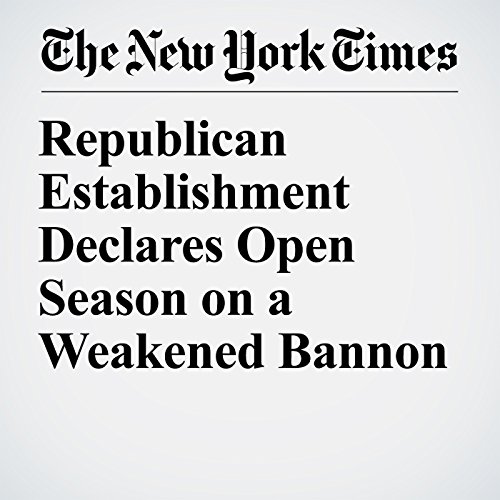 A small group of conservative leaders had gathered in the Trump International Hotel last week for a friendly discussion about the year that was ending and their priorities for the year to come, when Steve Bannon spoke up.

"Republican Establishment Declares Open Season on a Weakened Bannon" is from the December 15, 2017 U.S. section of The New York Times. It was written by Jeremy W. Peters and narrated by Mike DelGaudio.