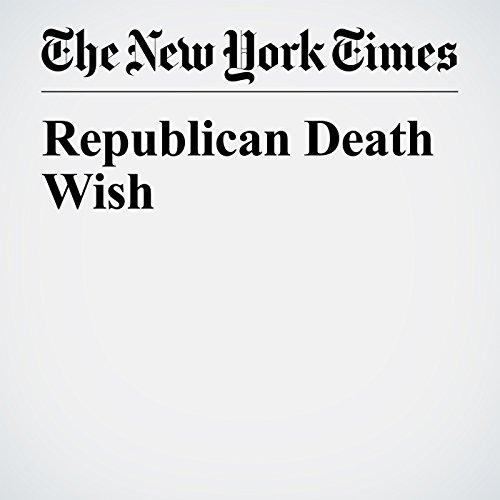 The obscene spectacle of House Republicans gathering last week in the Rose Garden to celebrate the House’s passage of a bill that would likely strip insurance coverage from tens of millions of Americans, while simultaneously serving as a massive tax break for the wealthy, had the callous feel of the well-heeled dancing on the poors’ graves.

"Republican Death Wish" is from the May 07, 2017 Opinion section of The New York Times. It was written by Charles M. Blow and narrated by Keith Sellon-Wright.