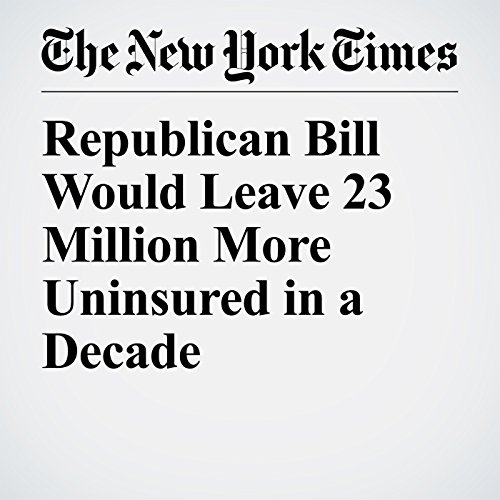 A bill to dismantle the Affordable Care Act that narrowly passed the House this month would leave 14 million more people uninsured next year than under President Barack Obama’s health law — and 23 million more in 2026, the Congressional Budget Office said Wednesday. Some of the nation’s sickest would pay much more for health care.

"Republican Bill Would Leave 23 Million More Uninsured in a Decade" is from the May 24, 2017 U.S. section of The New York Times. It was written by Robert Pear and narrated by Keith Sellon-Wright.