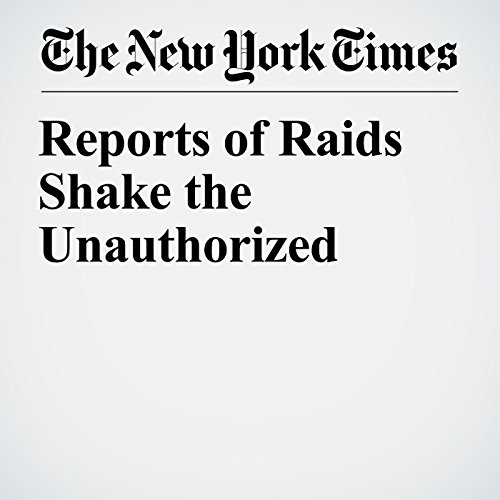 In Austin, Texas, unauthorized women working in a laundromat cowered in the back of the room, petrified after seeing a video and a photograph of apprehensions outside a local grocery store and burger joint.

"Reports of Raids Shake the Unauthorized" is from the February 10, 2017 U.S section of The New York Times. It was written by Nicholas Kulish, Caitlin Dickerson and Liz Robbins and narrated by Barbara Benjamin-Creel.