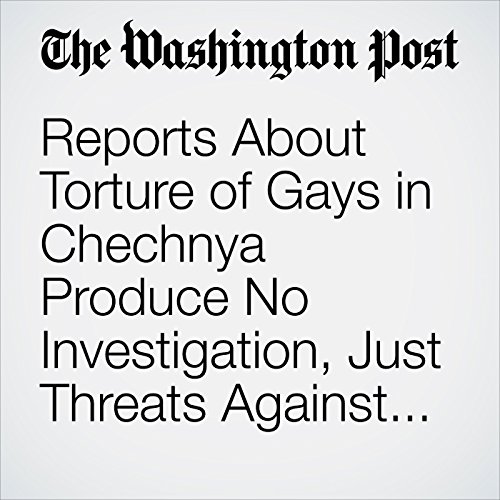 Chechen state television promised over the weekend to produce a tell-all investigation into reports on the torture of gay men in that Russian republic — not into the question of torture itself, but into how the story saw the light of day.

"Reports About Torture of Gays in Chechnya Produce No Investigation, Just Threats Against Journalists" is from the April 16, 2017 World section of The Washington Post. It was written by Andrew Roth and narrated by Sam Scholl.