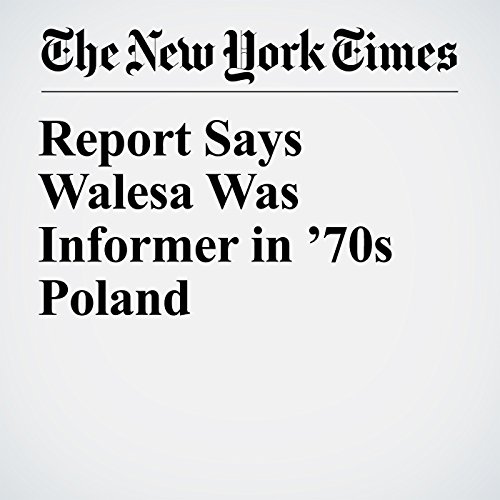 A handwriting analysis has determined that Lech Walesa, the leader of Poland’s anti-communist Solidarity movement and later the president of Poland, was a Communist-paid informant in the 1970s, according to a new official report issued Tuesday.

"Report Says Walesa Was Informer in ’70s Poland" is from the January 31, 2017 World section of The New York Times. It was written by Joanna Berendt and narrated by Kristi Burns.