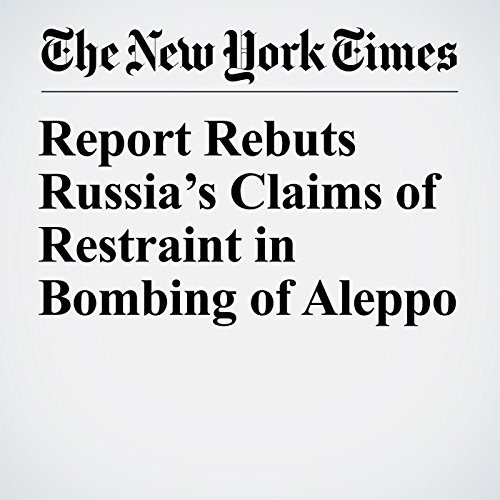 Russian military officials have vociferously denied that their airstrikes have killed civilians in Syria, going so far as to say that eyewitness accounts that a major hospital was bombed last year in the brutal fight to retake Aleppo were mere fabrications.

"Report Rebuts Russia’s Claims of Restraint in Bombing of Aleppo" is from the February 12, 2017 World section of The New York Times. It was written by Michael R. Gordon and narrated by Kristi Burns.