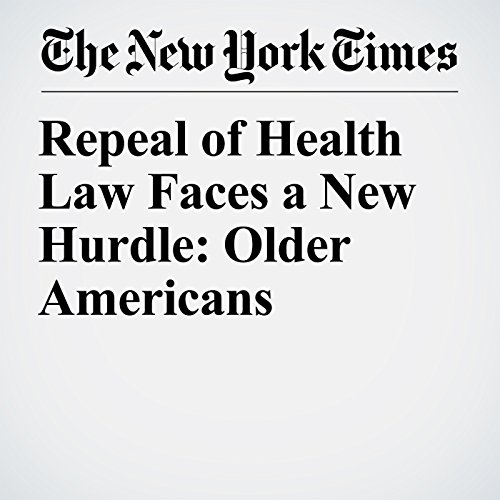 Republican plans to repeal the Affordable Care Act have encountered a new obstacle: adamant opposition from many older Americans whose health insurance premiums would increase.

"Repeal of Health Law Faces a New Hurdle: Older Americans" is from the March 05, 2017 Health section of The New York Times. It was written by Robert Pear and narrated by Kristi Burns.