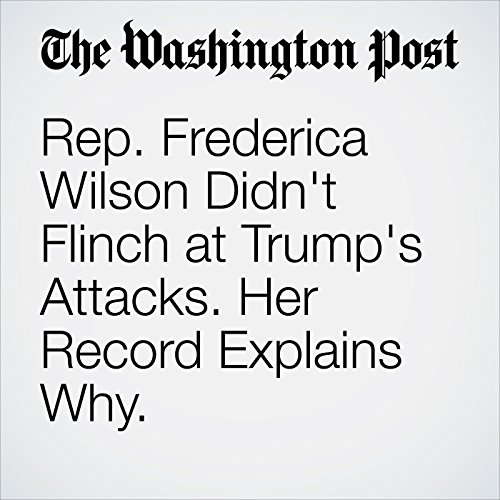 The fact that Rep. Frederica S. Wilson (D-Fla.) was riding in a limousine with the widow of Sgt. La David T. Johnson when President Trump called comes as no surprise. Nor does the outrage she expressed in one news interview after another in which she stood by her claim that the president’s insensitivity toward the fallen soldier made the young woman cry.

"Rep. Frederica Wilson Didn't Flinch at Trump's Attacks. Her Record Explains Why." is from the October 19, 2017 National section of The Washington Post. It was written by Derek Hawkins and narrated by Sam Scholl.