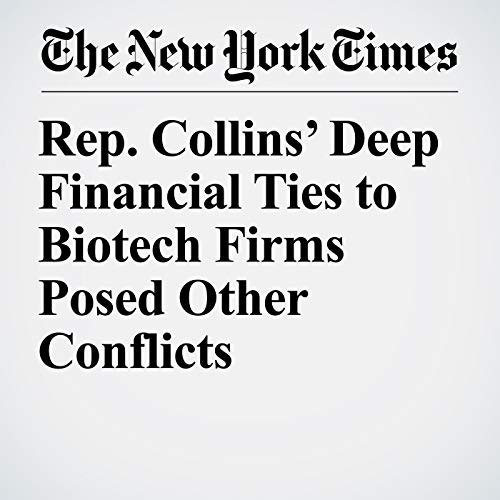 Rep. Christopher Collins once said that the success of an obscure Australian company’s drug would be carved on his tombstone. Instead, its failure has upended his congressional career.

"Rep. Collins’ Deep Financial Ties to Biotech Firms Posed Other Conflicts" is from the August 11, 2018 U.S. section of The New York Times. It was written by Katie Thomas and Sheila Kaplan and narrated by Kristi Burns.