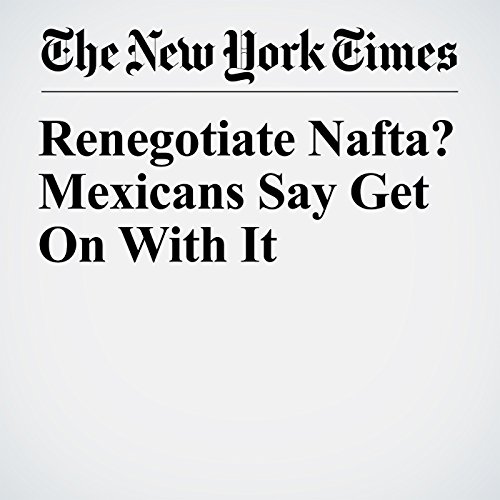 For more than two decades, free trade has been at the heart of Mexico’s relationship with the United States, responsible for pumping a stream of vehicles, audio components and avocados north and cheap corn, cattle and software south.

"Renegotiate Nafta? Mexicans Say Get On With It" is from the March 25, 2017 International section of The New York Times. It was written by Azam Ahmed and narrated by Fleet Cooper.

Cosa pensano gli ascoltatori di Renegotiate Nafta? Mexicans Say Get On With It