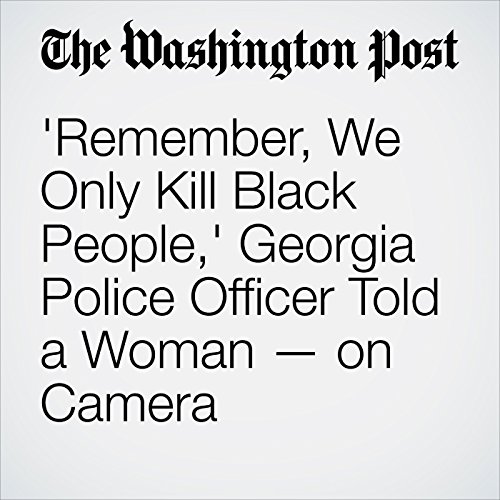 The woman, who was a passenger in the vehicle, can be heard telling the officer that she did not want to put her hands down to reach for her phone because “I’ve just seen way too many videos of cops —.”

"'Remember, We Only Kill Black People,' Georgia Police Officer Told a Woman — on Camera" is from the August 31, 2017 Post Nation section of The Washington Post. It was written by Lindsey Bever and narrated by Sam Scholl.