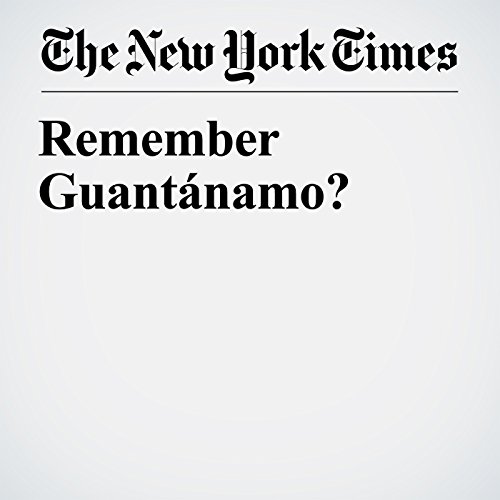 We recently traveled to the Guantánamo Bay Naval Base in Cuba as legal observers for a case against a detainee accused of being a leader of Al Qaeda. The military commissions complex known as Camp Justice — an assortment of white trailers and beige tents on an abandoned air strip — was established by the George W. Bush administration in 2001 to “swiftly” try terrorism suspects in the wake of Sept. 11. But over a decade has passed, the tents are still there, and so are 41 detainees. It is the traveling circus that never leaves town.

"Remember Guantánamo?" is from the March 15, 2018 Opinion section of The New York Times. It was written by Aisha I. Saad, Zoe A.Y. Weinberg and narrated by Fleet Cooper.