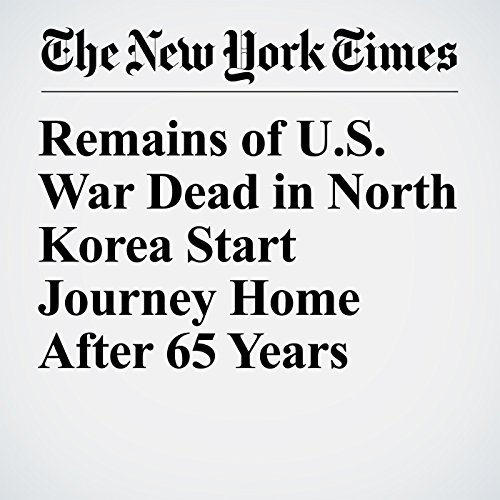 PYEONGTAEK, South Korea — Remains believed to be those of 55 U.S. servicemen were flown out of North Korea on Friday, the first visible result of President Donald Trump’s efforts to bring the U.S. war dead home 65 years after the end of combat in the Korean War.

"Remains of U.S. War Dead in North Korea Start Journey Home After 65 Years" is from the July 27, 2018 World section of The New York Times. It was written by Choe Sang Hun and narrated by Barbara Benjamin-Creel.