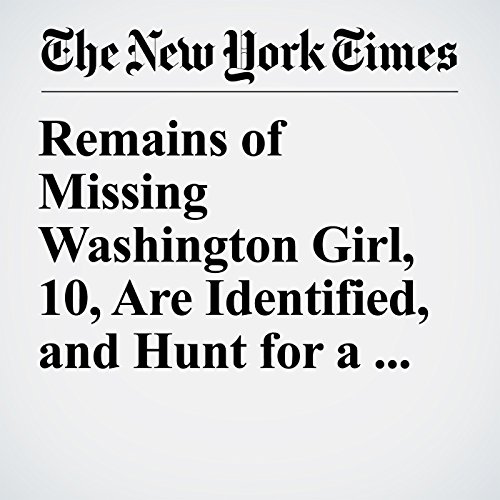 The search for Lindsey Baum, a 10-year-old girl who vanished from a small town in Washington nine years ago, ended this week when officials announced that her remains had been identified.They are now tasked with finding her killer.

"Remains of Missing Washington Girl, 10, Are Identified, and Hunt for a ‘Monster’ Begins" is from the May 13, 2018 U.S. section of The New York Times. It was written by Christina Caron and narrated by Kristi Burns.