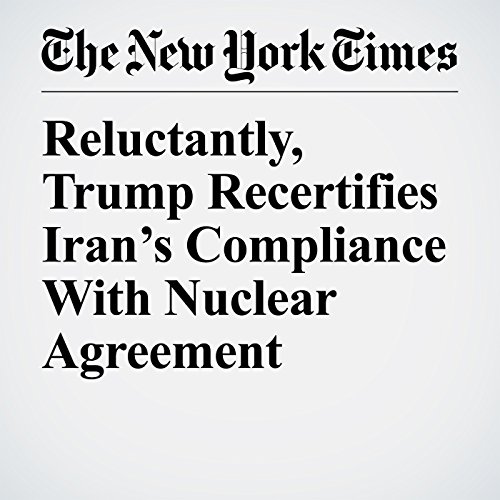 President Donald Trump agreed Monday to certify again that Iran is complying with an international nuclear agreement that he has strongly criticized, but only after hours of arguing with his top national security advisers, briefly upending a planned announcement as a legal deadline loomed.

"Reluctantly, Trump Recertifies Iran’s Compliance With Nuclear Agreement" is from the July 17, 2017 World section of The New York Times. It was written by Peter Baker and narrated by Keith Sellon-Wright.