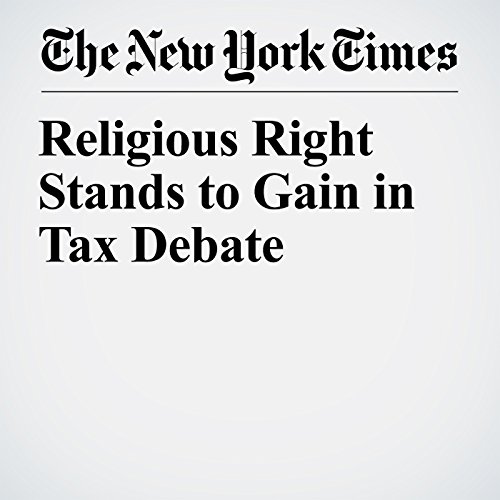 For years, a coalition of well-funded groups on the religious right have waged an uphill battle to repeal a 1954 law that bans churches and other nonprofit groups from engaging in political activity.

"Religious Right Stands to Gain in Tax Debate" is from the November 26, 2017 U.S. section of The New York Times. It was written by Kenneth P. Vogel and Laurie Goodstein and narrated by Keith Sellon-Wright.