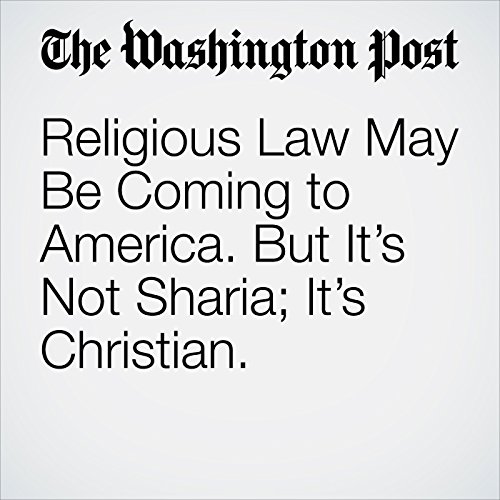 That is, the religiously motivated laws creeping into public policymaking aren’t based on the Koran, and they aren’t coming from mythical hard-line Islamists in, say, Dearborn, Michigan. They’re coming from the White House, which wants to make it easier for hard-line Christians to impose their beliefs and practices on the rest of us.

"Religious Law May Be Coming to America. But It’s Not Sharia; It’s Christian." is from the February 02, 2017 Opinion section of The Washington Post. It was written by Catherine Rampell and narrated by Jill Melancon.