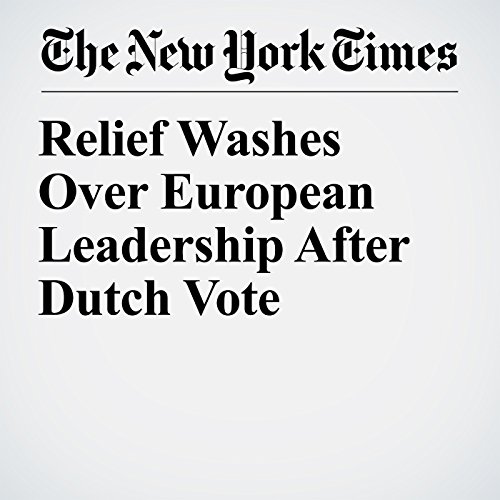 In the first electoral test in Europe since Americans voted in Donald Trump as president, Wilders, a professed “Dutch Trump,” did worse than expected, as many voters rejected his cocktail of feel-good nationalism, anti-immigrant sentiment and antipathy for the European Union.

"Relief Washes Over European Leadership After Dutch Vote" is from the March 16, 2017 World section of The New York Times. It was written by Dan Bilefsky and narrated by Keith Sellon-Wright.