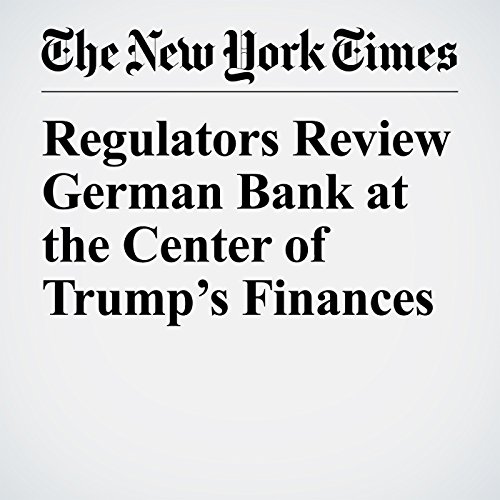 During the presidential campaign, Donald Trump pointed to his relationship with Deutsche Bank to counter reports that big banks were skeptical of doing business with him.

"Regulators Review German Bank at the Center of Trump’s Finances" is from the July 19, 2017 World section of The New York Times. It was written by Ben Protess, Jessica Silver Greenberg and Jesse Drucker and narrated by Keith Sellon-Wright.