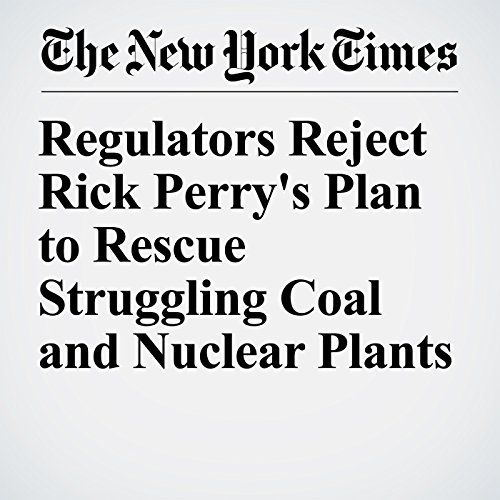 "Regulators Reject Rick Perry's Plan to Rescue Struggling Coal and Nuclear Plants" is from the January 08, 2018 U.S. section of The New York Times. It was written by Brad Plumer and narrated by Kristi Burns.