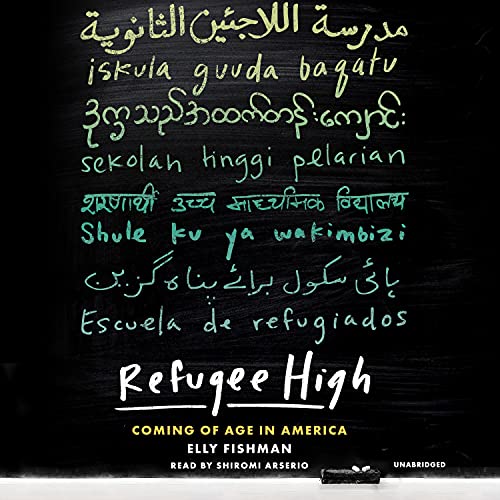 For a century, Chicago’s Roger C. Sullivan High School has been a landing place for migrants. In recent years, it boasts one of the highest proportions of immigrant and refugee students in the country. In 2017, around half its student population hailed from another country, with students from 35 different countries speaking more than 38 different languages.

Some had arrived having lived only in refugee camps. Nearly all carried the trauma inflicted on them by the world at its most hateful and violent. Life is not easy for them in Chicago. They cope with poverty, racism, and xenophobia, with overburdened social-service organizations and gang turf wars they don’t understand. But above all, they are still teens, flirting, dreaming, and working as they navigate their new life in America.

Refugee High is a riveting chronicle of the 2017-18 school year at Sullivan High, a time when anti-immigrant rhetoric was at its height in the White House. Even as we follow teachers and administrators grappling with the everyday challenges facing many urban schools, we witness the complicated circumstances and unique education needs of refugee and immigrant children: Alejandro may be deported just days before he is scheduled to graduate; Shahina narrowly escapes an arranged marriage; and Esengo is shot at the beginning of the school year.

Raising vital questions about what the priorities and values of a public school like Sullivan should be, Refugee High is a vital window into the present-day American immigration and education systems.

Here is the immigrant story that you have never heard before. Fishman brings you inside the classrooms, living rooms, fast food chains and dark alleys peopled by the teenagers who have come to this country to escape unthinkable dangers. Here they find new opportunities but also, depressingly, new dangers. Refugee High tells the story of Chicago’s Sullivan High School, and its teachers and administrators who are dedicating their lives to help these newest Americans flourish.