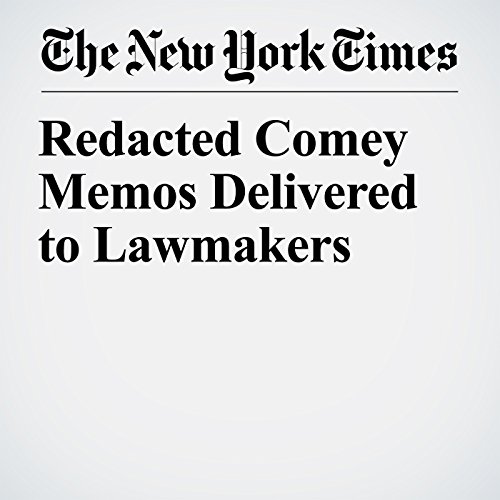 President Donald Trump spoke in intimate and candid terms to former FBI Director James Comey about some of the most sensitive matters before the agency, including the salacious dossier detailing Trump’s ties to Russia and the investigation into Michael Flynn, the president’s first national security adviser, according to Comey’s closely guarded memos.

"Redacted Comey Memos Delivered to Lawmakers" is from the April 20, 2018 U.S. section of The New York Times. It was written by Nicholas Fandos and narrated by Mike DelGaudio.