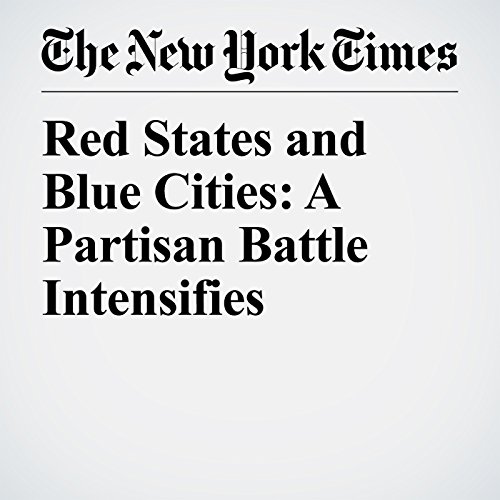 At a time when Democrats are locked out of power from the White House, both chambers of Congress, the majority of governor’s offices and three-fifths of the country’s statehouses, their ideas at least have one reliable outlet. Democrats still control most of the country’s biggest cities.

"Red States and Blue Cities: A Partisan Battle Intensifies" is from the July 05, 2017 U.S. section of The New York Times. It was written by Emily Badger and narrated by Kristi Burns.