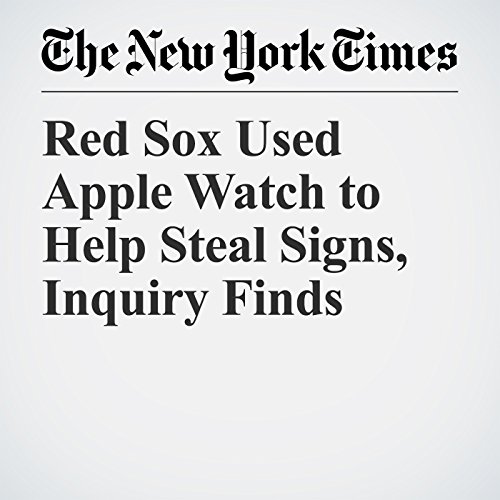 For decades, spying on another team has been as much a part of baseball’s gamesmanship as brushback pitches and hard slides. The Boston Red Sox have apparently added a modern — and illicit — twist: They used an Apple Watch to gain an advantage against the New York Yankees and other teams.

"Red Sox Used Apple Watch to Help Steal Signs, Inquiry Finds" is from the September 05, 2017 Sports section of The New York Times. It was written by Michael S. Schmidt and narrated by Kristi Burns.