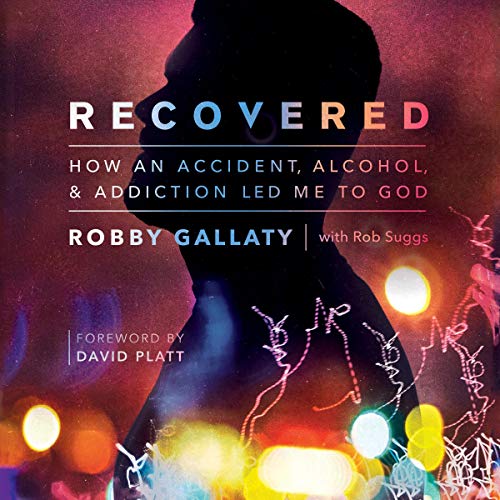 Robby Gallaty is not who you think he is.

In Recovered, pastor and author Robby Gallaty tells the story of how God radically saved him from his addictions and called him into a life of discipleship.

Robby grew up in a very religious Catholic family who attended church every Sunday and confession on Saturday if needed. Very rarely did he miss a Saturday night dinner and a movie with his parents and sister Lori. You can imagine how devastated they were when Robby stole $15,000 from them to fuel his drug addiction.

Two years earlier, he was rear-ended on his way home from work by an 18-wheeler. Two herniated discs in his neck and back forced him to rely on pharmaceutical drugs to cope with the pain. Within three months, he transitioned to street drugs, heroine, and cocaine, after blowing through his 30-day prescription in two weeks. Robbing his parents was the only option to prolong his drug habit.

Shortly thereafter, Robby hit rock bottom. But God wasn't done with him. After a trip to rehab followed by a relapse and a second rehab visit, Robby surrendered his life to Christ, and nothing has ever been the same. This is a story of salvation and new life.

Very helpful in understanding addiction and what addicts go through. Thank you for your transparency to help magnify God's amazing grace.

lt is not easy to find good Christian reads but this was really good. This man is truly a man of God but never ever pretends to be deserving of His grace.