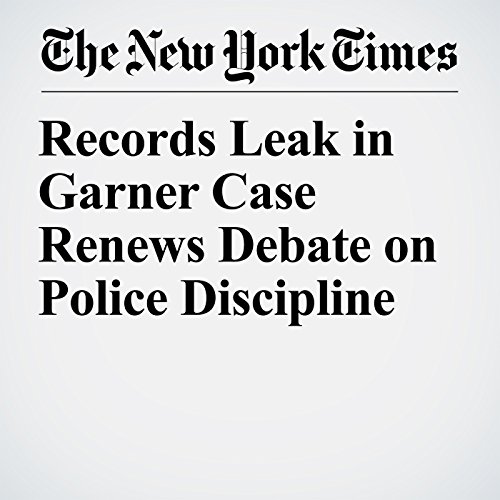 On Tuesday, perhaps circumventing any legal outcome, the liberal news site Think Progress published what it said were Pantaleo’s disciplinary records. The documents, whose authenticity the city has not denied, came from the Civilian Complaint Review Board, the agency charged with investigating accusations of police wrongdoing.

"Records Leak in Garner Case Renews Debate on Police Discipline" is from the March 22, 2017 U.S. section of The New York Times. It was written by Al Baker and Benjamin Mueller and narrated by Keith Sellon-Wright.