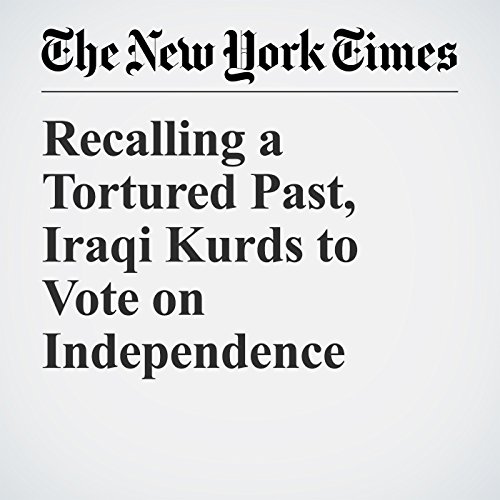 On the eve of the vote late Sunday, tensions escalated as Mr. Barzani declared that the Kurds’ “partnership” with Iraq was finished and Iraqi Prime Minister Haider al-Abadi warned that Iraq would take “necessary measures” to preserve the country’s unity.

"Recalling a Tortured Past, Iraqi Kurds to Vote on Independence" is from the September 23, 2017 World section of The New York Times. It was written by David Zucchino and narrated by Kristi Burns.