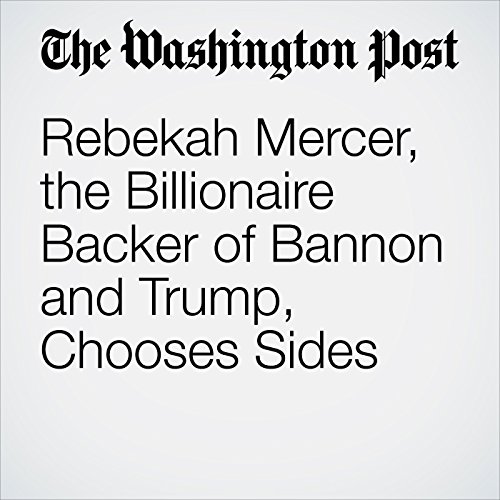 The security guards were done up as Hell’s Angels. Kellyanne Conway was wearing a Superwoman suit. And as then-President-elect Donald Trump slipped out of an SUV onto the grounds of a Long Island estate in December 2016, a gaudy “Villains and Heroes”-themed costume party swirling around him, the press pool reportedly asked the next president who he was dressed as.

"Rebekah Mercer, the Billionaire Backer of Bannon and Trump, Chooses Sides" is from the January 05, 2018 National section of The Washington Post. It was written by Kyle Swenson and narrated by Jenny Hoops.