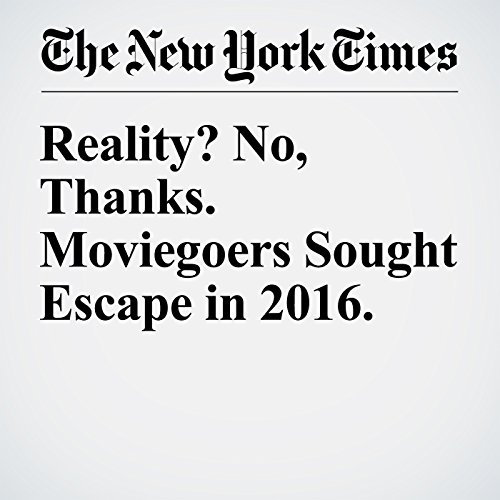 The moviegoing masses sent clear messages in 2016. They are most definitely not tired of superheroes. The more animated animals, the merrier. Fantasy worlds of any kind, whether underwater or in outer space, are worth the trip to theaters. But reality? Not so much.

"Reality? No, Thanks. Moviegoers Sought Escape in 2016." is from the January 01, 2017 Entertainment section of The New York Times. It was written by Brooks Barnes and narrated by Fleet Cooper.