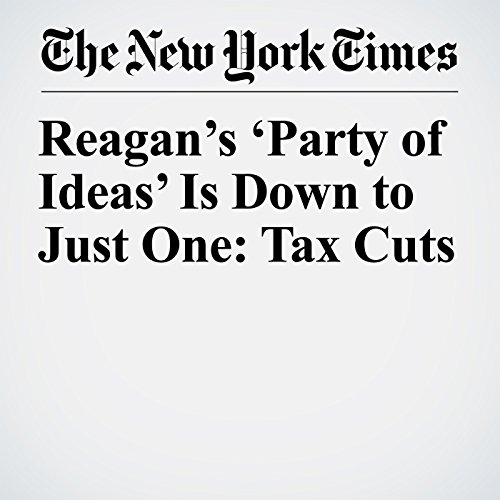 It is a sign of our slide toward banana republic status when the president of the United States, leader of the world’s foremost democracy, publicly brands Democrats who failed to applaud his State of the Union address as in-American and treasonous. The largely partisan audience was fine with it.

"Reagan’s ‘Party of Ideas’ Is Down to Just One: Tax Cuts" is from the February 13, 2018 Opinion section of The New York Times. It was written by Mike Lofgren and narrated by Kristi Burns.

Cosa pensano gli ascoltatori di Reagan’s ‘Party of Ideas’ Is Down to Just One: Tax Cuts