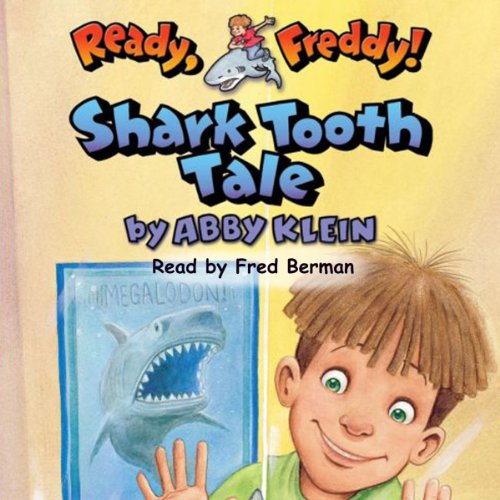 Once again, Ready Freddy Thresher has "a problem - a really, really big problem". In his ninth adventure, Freddy scrimps and saves his allowance so that he might buy a fossilized, megalodon shark’s tooth. Performer Fred Berman - a veteran voice of Ready Freddy audiobooks - again proves himself a stunningly versatile voice actor. Berman captures the warmhearted, exuberant imagination of first grader Freddy, struck with wonder at the sight of a prehistoric dinosaur fossil. Freddy’s snappy exchanges with brainless school bullies and an annoying big sister are lent an air of authenticity by Berman, ensuring that grade-school listeners will relate to the trials, tribulations, and triumphs of Freddy’s daily life.

My kids love these stories and Fred Berman is the best in his class! So funny!