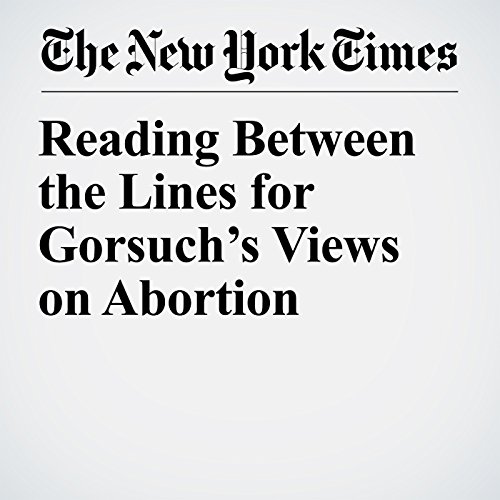 Reading Between the Lines for Gorsuch’s Views on Abortion

“My writings, just to clarify, have been largely in defense of existing law, that is, they are consistent with the Supreme Court’s decisions in this area and existing law in most places,” he added. “So, I do not think there is actually much tension between my writings and anything that might come before the court.”

"Reading Between the Lines for Gorsuch’s Views on Abortion" is from the February 06, 2017 U.S. section of The New York Times. It was written by Adam Liptak and narrated by Fleet Cooper.