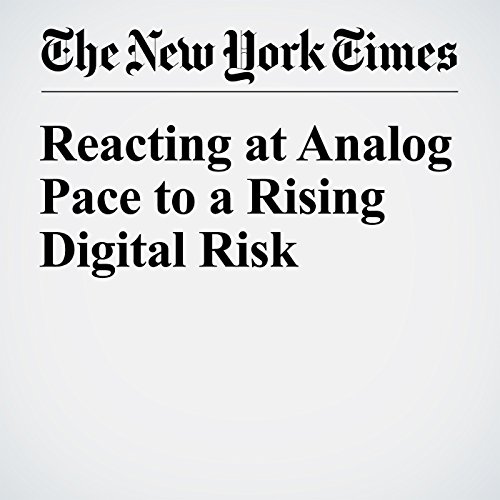 Of the many questions left unanswered by the U.S. intelligence agencies’ accusation that Russia’s president, Vladimir Putin, led a multilayered campaign to influence the 2016 presidential election, one stands out: Why did it take the Obama administration more than 16 months to develop a response?

"Reacting at Analog Pace to a Rising Digital Risk" is from the January 07, 2017 U.S. section of The New York Times. It was written by David E. Sanger and narrated by Fleet Cooper.