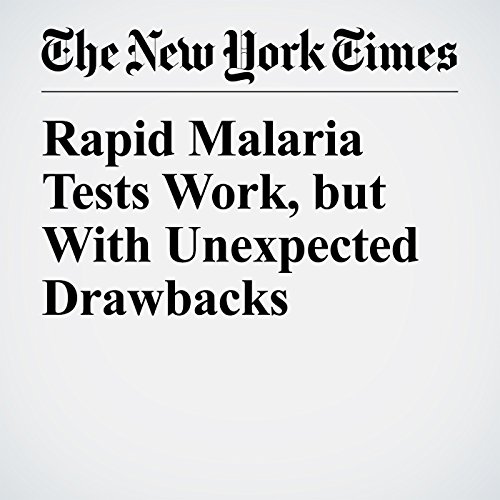 Rapid diagnostic tests have greatly improved malaria treatment in the last decade, but they also had some unexpected bad consequences, a large new study has found.

"Rapid Malaria Tests Work, but With Unexpected Drawbacks" is from the August 07, 2017 Science section of The New York Times. It was written by Donald G. McNeil Jr. and narrated by Keith Sellon-Wright.