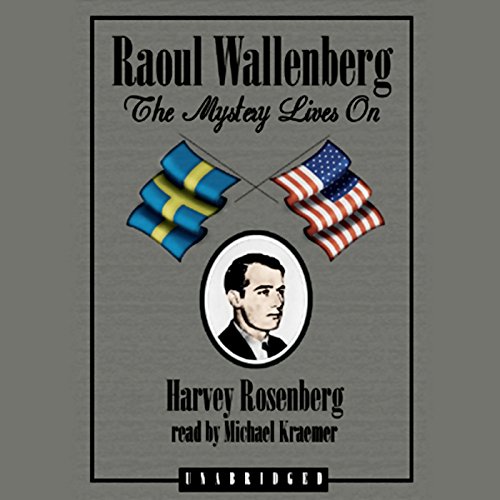 Now an international symbol of twentieth-century humanitarianism, Raoul Wallenberg, the Swedish diplomat, issued countless "false" visas and other documents which were virtual life certificates that saved approximately 100,000 Jews from Nazis in wartime Hungary. Then in 1945, as the war drew to a close, he disappeared after being taken into custody by Soviet military police. Today his fate is still unknown.

The expanded version of this authoritative biography of Wallenberg discusses previously sealed prison records and archives; reports of recent sightings of Wallenberg; the Wallenberg family's historic multi-million-dollar lawsuit against the former Soviet Union; and the worldwide activities in honor of this great man who could not be a bystander.

"Lucid evaluation of the evidence pro and con is the most sensible so far....This is the book of choice for those who want the most complete account of Wallenberg's heroism and martyrdom." (Publishers Weekly)

The reader of Raoul Wallenberg is very good and does his best to make it interesting. However, a book that provides such details as how neatly Wallenberg arranged his paint set is quite overdone. A comment from one who knew him that he was an engaging, intelligent young man, fun to know, really tells one nothing about how he was prepared to be the man he became. This book could have been much better if cut by half and focused on his efforts to save the Jews and other aspects of his adult life.

I almost didn't listen to this because of an unfavourable review implying that there wasn't a point to the background story
Wrong! An important story about a heroic man and the continued muddling of attempts to rescue the man from Russia
Very concise, well researched and full of heartbreaking details about the fate of Jews and their associates
A must read/ listen