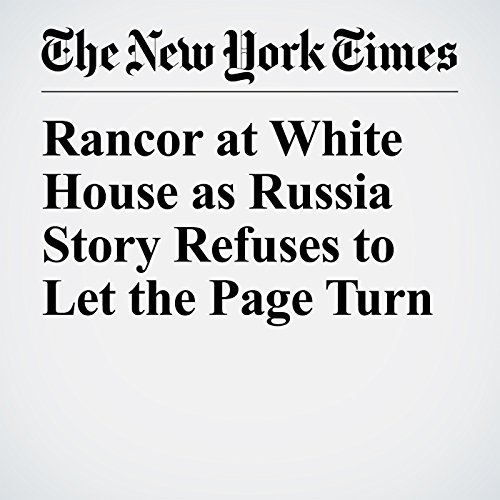 If President Donald Trump emerged from his meeting with President Vladimir Putin of Russia last week hoping he had begun to “move forward” from the controversy over the Kremlin’s election meddling, as advisers put it, his flight home the next day made clear just how overly optimistic that was.

"Rancor at White House as Russia Story Refuses to Let the Page Turn" is from the July 12, 2017 U.S. section of The New York Times. It was written by Peter Baker and Maggie Haberman and narrated by Keith Sellon-Wright.