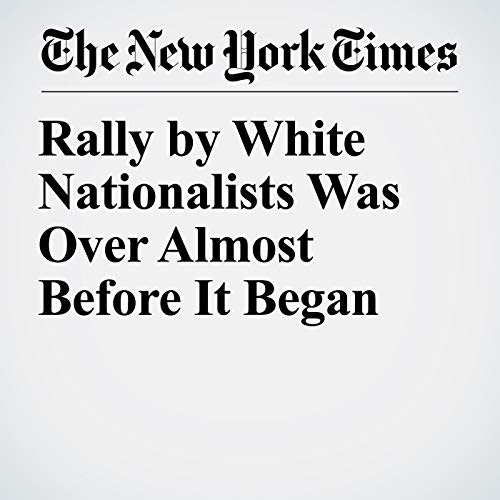 After weeks of hype, white supremacists managed to muster just a couple of dozen supporters Sunday in the nation’s capital for the anniversary of their deadly rally in Charlottesville, Virginia, finding themselves greatly outnumbered by counterprotesters, police officers and representatives of the news media.

"Rally by White Nationalists Was Over Almost Before It Began" is from the August 12, 2018 U.S. section of The New York Times. It was written by Richard Fausset and narrated by Keith Sellon-Wright.