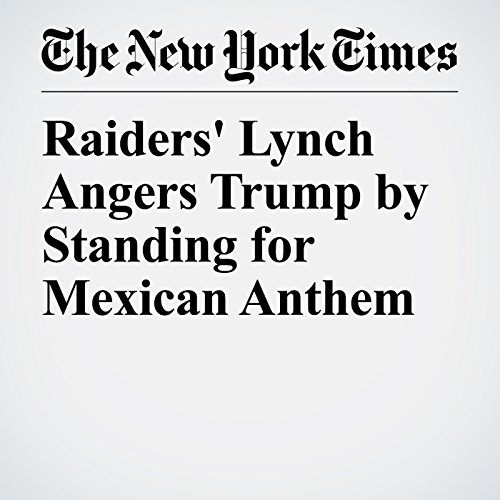 President Donald Trump on Monday added Marshawn Lynch to the list of sports figures he has criticized on Twitter.

"Raiders' Lynch Angers Trump by Standing for Mexican Anthem" is from the November 20, 2017 Sports section of The New York Times. It was written by Victor Mather and narrated by Keith Sellon-Wright.