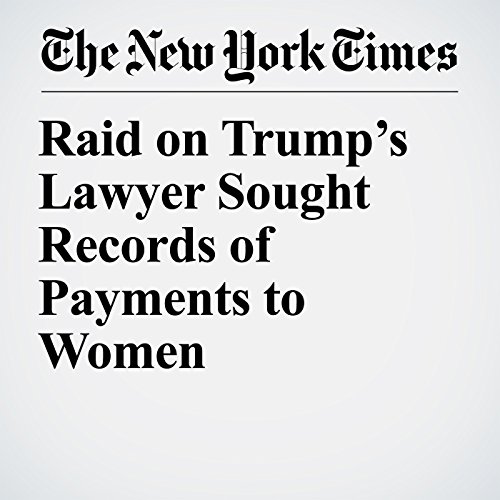 The FBI agents who raided the office of President Donald Trump’s personal lawyer Monday were looking for records about payments to two women who claim they had affairs with Trump, and information related to the publisher of The National Enquirer’s role in silencing one of the women, several people briefed on the investigation said.

"Raid on Trump’s Lawyer Sought Records of Payments to Women" is from the April 10, 2018 U.S. section of The New York Times. It was written by Michael D. Shear, Matt Apuzzo, Michael S. Schmidt, Sharon Lafraniere and Maggie Haberman and narrated by Kristi Burns.