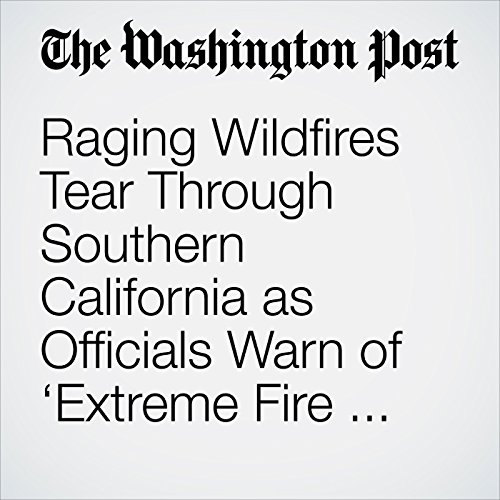 The roaring wildfires burning across Southern California threatened wide swaths of the state Thursday, forcing a wave of new evacuations and shutting down major roadways even as authorities warned that the fire activity could worsen during the day.

"Raging Wildfires Tear Through Southern California as Officials Warn of ‘Extreme Fire Danger’" is from the December 07, 2017 National section of The Washington Post. It was written by Scott Wilson, Mark Berman and Eli Rosenberg and narrated by Sam Scholl.