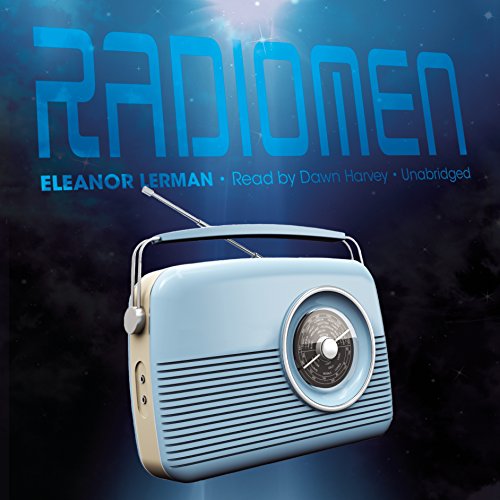 There are two themes to Radiomen. First, if there are aliens interacting with our world, they are likely just as confused about who or what God is as human beings are; and second, whoever they are, they're probably just as fond of dogs as we are.

Laurie, a woman who works at a bar at Kennedy airport, doesn't remember that when she was a child, she met an alien on the fire escape of a building where her uncle kept a shortwave radio. The radio is part of a universal network of repeaters maintained by an unknown alien race; they use the network to broadcast prayers into the universe. She meets a psychic who is actually part of a Scientology-like cult called the Blue Awareness, as well as a late-night radio host. All have their own reasons for unraveling the mystery of the lost radio network. Laurie is given a strange dog by her neighbor, an immigrant and a member of the Dogon tribe - people who believe they were visited by aliens long ago and repeat a myth about how the aliens brought doglike animals with them. All Dogon dogs are supposedly descended from that animal.

As conflict develops between the Blue Awareness leader and the other characters, the Dogon act as an intermediary between the humans, who want to understand why the aliens need the radio network, and the aliens who need the humans to help them find a lost element of the universal network.

Radiomen takes a number of elements that will be familiar to anyone who listened to Art Bell's old Coast to Coast AM shows and blends them into an interesting, unusual listen. There's even an Art Bell analog in the story, not mention a "religion" called the Blue Awareness that's clearly a stand-in for Scientology. The book also touches on psychic ability, extraterrestrial contact, shadow people and even the Dogon tribe of Western Africa. However, it's primarily a character study and a good one at that. The central character, Laurie, finds her life unexpectedly disrupted and changed when she calls into a talk show and a strange incident from her childhood takes on new significance. The novel builds nicely and leads to a satisfying finish. I found it reminiscent of some older science fiction, particularly the often moving work of Clifford Simak.

The narration by Dawn Harvey is quite good, although I felt she went a little overboard on the dialect of the main characters. Nevertheless, her reading is engaging.

While the premise is strong and the early chapters of the book portend something unique and uncanny, the book never really delivers on that promise. Fast read, though, so reasonably enjoyable.

First 15/20 minutes I didn't like it. But as it went on the story filled out and the vision of the settings and people just materialized in my head.

Ordinary people facing other worldly possibilities and happenings. VERY well done. Loved the characters in a average setting. The writer can really set the picture without an over use of words. Long descriptions can STOP a story and be more of a burden to the continuity. That didn't happen here.

The writer here is an OK writer. Much of the book is just a regular story about people living life. The sci-fi part of the book is a very weak story line that is developed very little.

I almost gave up on the book in the middle. It picked up a bit in the middle -- enough to keep my interest. But then it didn't seem to go anywhere.

I do not recommend this book.