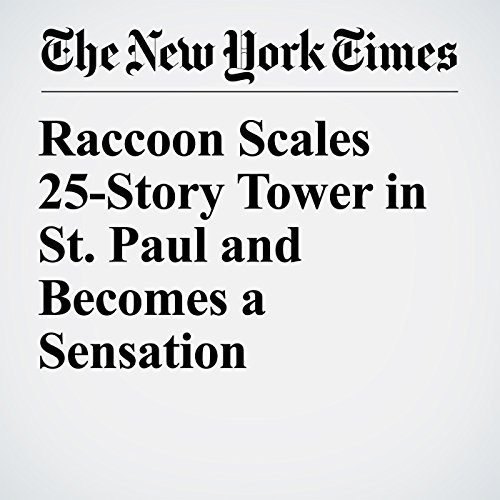 At first, it looked so defeated: Its head buried between its front paws and its body curled up on a ledge 20 feet above a street in downtown St. Paul, Minnesota.

"Raccoon Scales 25-Story Tower in St. Paul and Becomes a Sensation" is from the June 13, 2018 U.S. section of The New York Times. It was written by Matthew Haag and Christina Caron and narrated by Keith Sellon-Wright.