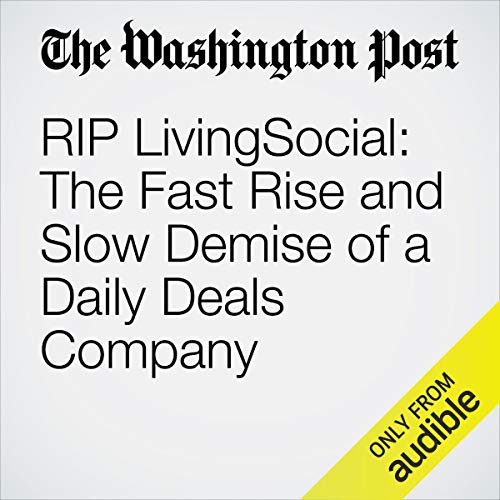 LivingSocial, the Washington start-up that rode the daily deals craze to markets across the globe, has died as a stand-alone company. It was nearly 10 years old.

"RIP LivingSocial: The Fast Rise and Slow Demise of a Daily Deals Company" is from the February 25, 2017 Tech section of The Washington Post. It was written by Steven Overly and narrated by Sam Scholl.