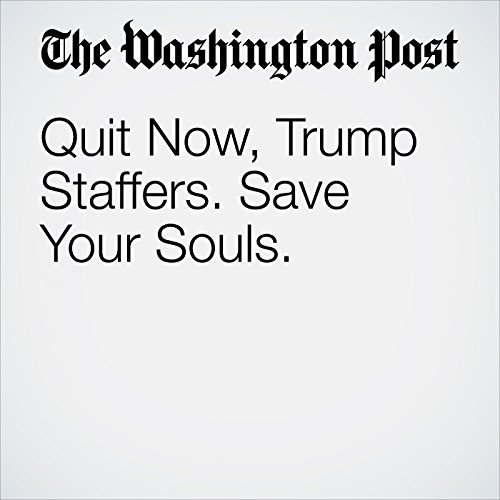 Everyone who works for President Trump: Quit now. Save your souls. Save your honor, such as it is. Save your reputation, such as it remains. Russia attacked our democracy. Trump has demonstrated repeatedly, and did so again with Russian President Vladimir Putin in Helsinki, that he doesn’t care and won’t defend his country.

"Quit Now, Trump Staffers. Save Your Souls." is from the July 16, 2018 Opinion section of The Washington Post. It was written by Ruth Marcus and narrated by Sam Scholl.