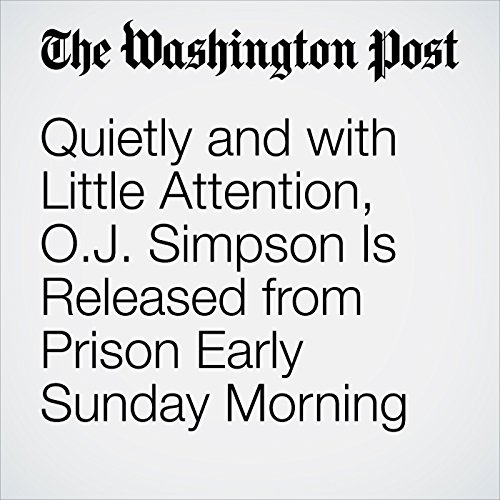 Moments after he became eligible for parole, O.J. Simpson was released from a Nevada prison early Sunday morning after serving nine years for a 2007 robbery and kidnapping incident in Las Vegas.

"Quietly and with Little Attention, O.J. Simpson Is Released from Prison Early Sunday Morning" is from the October 01, 2017 Early Lead section of The Washington Post. It was written by Cindy Boren and narrated by Sam Scholl.