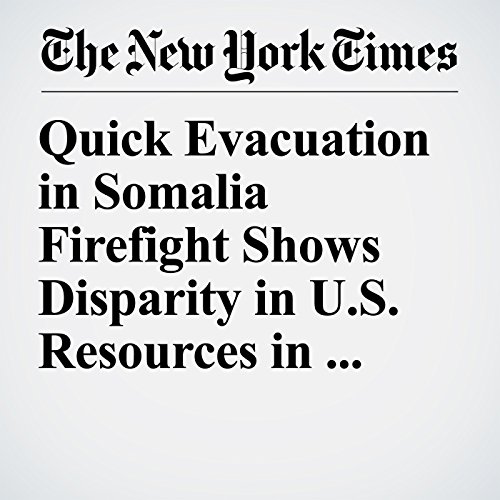 A medical evacuation helicopter reached five U.S. soldiers in Somalia on Friday roughly 20 minutes after they radioed that they were being shelled by Islamist militants, according to a military spokesman, a prompt response that underlines the disparity in U.S. military resources spread across Africa.

"Quick Evacuation in Somalia Firefight Shows Disparity in U.S. Resources in Africa" is from the June 11, 2018 World section of The New York Times. It was written by Eric Schmitt and Thomas Gibbons Neff and narrated by Kristi Burns.