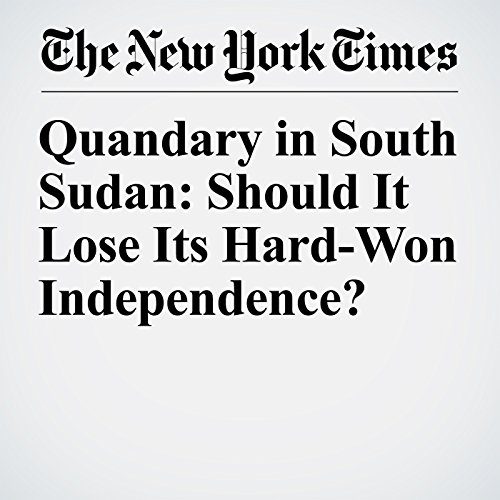 Now, with millions of its people hungry or displaced by civil war, a radical question has emerged: Should South Sudan lose its independence?

"Quandary in South Sudan: Should It Lose Its Hard-Won Independence?" is from the January 23, 2017 World section of The New York Times. It was written by Jeffrey Gettleman and narrated by Kristi Burns.