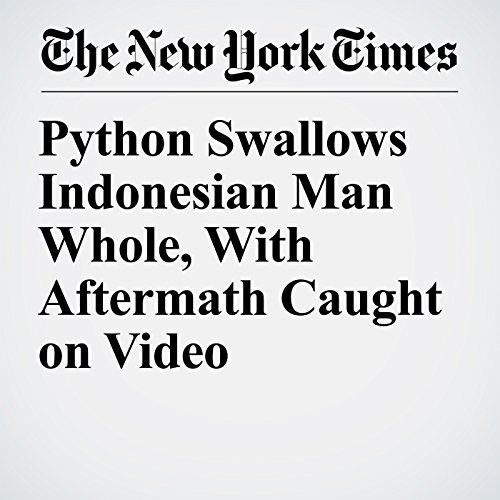 It looks like a horror movie. As a villager slices open the belly of a python, a man’s body emerges, after it had been swallowed whole by the giant snake the day before.

"Python Swallows Indonesian Man Whole, With Aftermath Caught on Video" is from the March 29, 2017 World section of The New York Times. It was written by Jon Emont and narrated by Fleet Cooper.