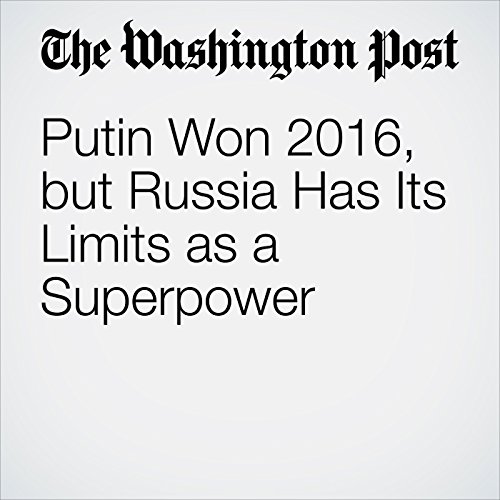 In a New Year’s address that came off like a victory lap, Russian President Vladimir Putin thanked his country Saturday in the wake of a wildly successful 2016 that saw the Kremlin leader shore up Russia’s standing abroad and acquire a host of powerful geopolitical friends.

"Putin Won 2016, but Russia Has Its Limits as a Superpower​" is from the December 31, 2016 World section of The Washington Post. It was written by David Filipov and narrated by Sam Scholl.

Cosa pensano gli ascoltatori di Putin Won 2016, but Russia Has Its Limits as a Superpower​